On 7 January 2011, the Committee on Legal Affairs and Human Rights of the Parliamentary Assembly of the Council of Europe adopted a report on “Inhuman treatment of people and illicit trafficking in human organs in Kosovo” which found, inter alia, that during and after the armed struggle of the Kosovar Albanians against Serbia in the period from 1 January 1998 to 31 December 2000, ethnic Serbs and Kosovar Albanians were held prisoner in secret places of detention under control of the “Kosovo Liberation Army” (KLA) in northern Albania and were subjected to inhuman and degrading treatment, before ultimately disappearing. Some of these prisoners also had their organs removed to be taken abroad for transplantation. This report caused the European Union in September 2011 to establish a Special Investigative Task Force (SITF) as part of its Rule of Law Mission in Kosovo (EULEX) to conduct an independent criminal investigation into the allegations contained in the report, as well as into other crimes connected to those allegations. 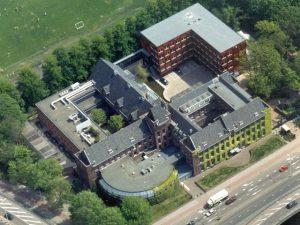 On 22 December 2017, 43 members of the 120-member Assembly of the Republic of Kosovo signed a request to hold an extraordinary session of the Assembly to revoke the 2015 Law on Specialist Chambers and Specialist Prosecutor’s Office. The request failed because of the lack of a quorum in the Assembly. However, the initiative was supported by members of the ruling coalition parties which raised alarm bells with several of Kosovo’s closest allies and supporters. Within hours, the German ambassador to Kosovo commented on the initiative as follows:

“Commitment to the rule of law is a cornerstone for Kosovo’s development. The Specialist Chambers are an important part of Kosovar rule of law. Any attempt to change that could severely set Kosovo back on its Euro-Atlantic course and damage relations with its closest friends and partners.”

The next day, the Assembly went into winter recess which meant that any parliamentary discussion of the initiative was postponed until mid-January 2018. The initiative, however, enjoyed strong popular support in Kosovo where KLA fighters were considered to be heroes. The country’s President, Prime Minister and speaker of the Assembly were all former KLA commanders which potentially faced indictment before the Specialist Chambers.

“We are deeply concerned by ongoing efforts to undermine the work of the Specialist Chambers […]. The Chambers, in particular, are an important part of Kosovo’s commitment to the rule of law and Kosovo’s work to address crimes committed on its soil.

The Quint countries have been long-standing and true friends of Kosovo, including at the most difficult times. From our support to the NATO intervention, to the sacrifice of our soldiers in Kosovo, to our early recognition of Kosovo’s independence and our ongoing support to your development, we have worked hard to support your country. Your success is in our interest. However, we will always insist that Kosovo should uphold justice.

There is no reason to stop the work of the Specialist Chambers, and we call on any head of institutional bodies, party leaders, or Member of Parliament to abandon any thought of repealing or re-negotiating any aspect of the Law on the Specialist Chambers. Such a move calls into question Kosovo’s commitment to the rule of law and risks all that Kosovo has achieved. It puts the interests of certain individuals above the interests of Kosovo society. We condemn such a move, and anyone who supports it will be rejecting Kosovo’s partnership with our countries. We urge all Kosovo’s leaders and members of the Kosovo Assembly to speak out against this initiative and honestly inform Kosovo’s citizens of the severe negative consequences, including for Kosovo’s international and Euro-Atlantic integration, if Kosovo continues on this path. At the same time, we expect all states to prosecute or co-operate fully with prosecutions of alleged crimes committed in Kosovo.

Despite this strong appeal by the Quint countries the initiative to revoke the Specialist Chambers was not withdrawn. This led the German Federal Foreign Office and the French Ministry of Foreign Affairs to send a high-level joint delegation to Pristina to warn the Kosovo leadership of “grave consequences” if the Specialist Chambers were revoked. The delegation met with the Kosovo President and Prime Minister as well as representatives of the main opposition party. On 10 January 2018, the German embassy in Pristina issued the following press release on the visit:

“The visit comes as a result of concerns in Berlin and Paris over the recent efforts to revoke the Law on the Specialist Chambers and the Office of the Special Prosecutor. Other topics of discussion include the need to continue reforms, especially in the rule of law area, democracy, and good governance, which are crucial in bringing Kosovo closer to the European Union.”

A second bid to start the process of revoking the Law on the Specialist Chambers and the Specialist Prosecutor’s Office failed on 17 January 2018, when the Kosovo Assembly presidency missed the necessary quorum to transmit the draft revocation law to the Kosovo government. However, five days later the proponents of the law succeeded in having the draft law sent to the government giving it 30 days to reply to the Assembly presidency with its opinion on the draft legislation.

On 1 February 2018, Kosovo President Hashim Thaci declared that the Specialist Chambers and Specialist Prosecution Office, although constituting a “historical injustice”, would not be revoked. He indicated that in August 2015 Kosovo faced two options: either establish an internationalized tribunal based on local legislation and in coordination with its international partners, or have such a court imposed by the United Nations Security Council. He continued: “We chose the lesser of two evils.” In an interview with German broadcaster Deutsche Welle, Kosovo Prime Minister Ramush Haradinaj also grudgingly came out in favour of maintaining the Specialist Chambers. This led the embassies of Germany and the other four Quint countries to issue the following statement on 8 February 2018:

“We welcome recent statements by Kosovo’s political leaders committing to abandon efforts to abrogate the Specialist Chambers. We expect Kosovo’s leaders to keep their word and all Kosovo institutions to honour this commitment. Only by upholding the rule of law and ensuring justice for all victims can Kosovo affirm its maturity as a state and its readiness to fully integrate into Europe and the international community. Standing by the Specialist Chambers will enable continued support from Kosovo’s closest friends and allies as we celebrate the many achievements made in the decade since independence.”

Even before the filing of the first indictment Kosovo’s internationalised criminal tribunal faced its first major challenge. Germany together with the other Quint countries and the European Union rose to that challenge and made it clear to the Kosovo leadership that only by prosecuting the individuals responsible for the inhuman treatment of people and trafficking in human organs during and right after Kosovo’s armed struggle for independence could the stigma of the crimes identified in the Council of Europe report be removed from Kosovo.