The Munich Higher Regional Court handed down its verdict in the worldwide first indictment for a crime against the Yazidi minority on 25 October 2021. The court sentenced German national Jennifer W to ten years’ imprisonment for crimes against humanity by enslavement resulting in death and for membership of a foreign terrorist organisation, as well as aiding and abetting attempted murder and attempted war crimes.

The Yazidis are an ethno-religious minority in northern Iraq. Initially, more than 500,000 Yazidis lived in northern Iraq. The terrorist organisation ‘Islamic State’ (IS) denounced them as “devil worshippers”, which allegedly provided a religious justification to kill Yazidi men and enslave Yazidi women and children. The genocide against the Yazidis resulted in the killing, enslavement, and displacement of several thousand people as well as the destruction of cultural property.

Jennifer W converted to Islam as a teenager and joined the IS in 2014, supporting its ideology and marrying an IS fighter. Together with her husband, she “held” two Yazidi slaves: a mother and her five-year-old daughter. With the knowledge of Jennifer W, the husband regularly hit the mother and punished the child for misbehaving or crying. Jennifer W even reported on the Yazidi women to her husband. In the summer of 2015, the husband chained the five-year-old girl to a window grille, leaving her outside in the 45-degree heat with no water as a punishment for bedwetting. While Jennifer W had claimed that the girl was taken to the hospital and survived, the court found that the girl died as a result of this punishment. The accused was aware of what was happening but did not help the girl. Later, she threatened the girl’s mother, who was crying for her child, that she would shoot her if she did not stop.

After the child had died, Jennifer W’s husband was afraid of being punished by an IS tribunal, whereupon the couple fled to Turkey. At the end of January 2016, Jennifer W went to the German Embassy in Ankara to apply for new identity papers. After she left the embassy, she was arrested by members of the Turkish security authorities and deported to Germany. Back in Germany, she was active in assisting prisoners and showing solidarity with terror suspects in German prisons and collecting money for their relatives. During that time, she planned to return to the areas controlled by the IS. In July 2018, she confessed her involvement with the IS to an undercover agent in his wired car and spoke of the girl’s death. She was arrested on the same day in Bavaria.

The Munich Higher Regional Court dealt not only with her involvement in the IS but also with the death of the enslaved girl. The verdict of crimes against humanity by enslavement resulting in death was based on section 7(1)(3) and 7(3) of the German Code of Crimes against International Law (“CCAIL”) which reads as follows:

(1) Whoever, as part of a widespread or systematic attack directed against any civilian population,

In a press release, the spokesperson for the Munich Higher Regional Court stated that:

The court found that Jennifer W was liable only for aiding and abetting attempted murder under sections 211 and 22 (1) of the German Criminal Code. The court was not convinced that she could have actually saved the child. For an attempted crime, however, it suffices that the aider thinks that they can prevent the outcome. In the present case, the court found that Jennifer W thought that she could have prevented the little girl’s death if she had come to her help. It is of interest to note that, in German criminal law, there is thus a lower threshold for being convicted as perpetrator in the first degree of a crime against humanity by enslavement resulting in death than there is for murder. It is not necessary that perpetrators can actually prevent the death of the enslaved person, nor do they need to think that they can prevent the death.

According to section 7(3) CCAIL, the punishment for crimes against humanity by enslavement resulting in death ‘shall be imprisonment for life or for not less than ten years.’ The Federal Public Prosecutor General requested a sentence of life imprisonment. The total sentence of ten years that also included the other charges was therefore relatively lenient. The spokesperson for the Munich Higher Regional Court explained:

“The Senate found in favour of the accused in particular that she had only limited possibilities to end the enslavement of the [Yazidi woman] and her daughter living in her household and that the accused only realised at a very late stage that the five-year-old injured girl could die as a result of the punishment.”

The court took into account the limited rights that women had in IS households. However, the verdict clearly shows that acting according to IS ideology does not protect women from criminal responsibility. It does not suffice as a defence to point to the subordinate role to one’s husband. Social reality only makes it practically more difficult to act against the husband’s will but does not make it impossible. The judgement shows how determined Germany is to come to terms with what happened in the region controlled by IS and to convict perpetrators who can be proven to be (even jointly) responsible for crimes committed in that region.

For a crime against humanity, the requirement of a widespread or systematic attack directed against any civilian population has to be fulfilled. Other German courts have already stated that the crimes committed against the Yazidis constitute such widespread or systematic attack. The Munich Higher Reginal Court did not consider it necessary to mention this requirement in the press release. This demonstrates that there is a settled German jurisprudence that the various acts enumerated in section 9(1) CCAIL constitute crimes against humanity when committed against the Yazidi people in Iraq.

The Federal Public Prosecutor General, who had requested a life sentence, appealed the decision because it did not consider the penalty adequate. 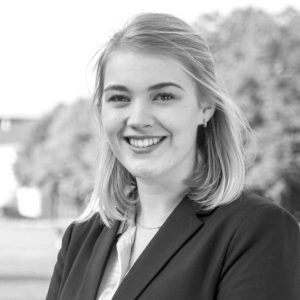